So many men are attracted to Ladyboys, but,  what straight men actually search from transsexual women then? In the heterosexual imagination, the man charmed by transgender women ( and trans women), vulgarly called with male pronoun ladyboy or shemale. Some people believe, is a person that doesn’t have the courage to live as gay.

We are all entitled to our opinions, but being myself a trans lover, I perfectly know who I AM and WHAT I LIKE!

Have you been labelled by someone a such?

The following notions will debunk in part the above statement (or stereotype if you will) and clarify the matter.

It is simple to make clear, though, that gay men are NOT attracted to transgender women. I have seen stories ending in the gay environment because one of the two, obviously physically man, all in all, was mentally feminine, had “straight” ( heterosexual ) expectations from the relationship, and this had blocked the gay mate.

In recent years have appeared a series of neologisms to define men attracted to transgender and transwomen. Such as

The latter is based on sociological and psychological researches.

Are you a Pansexual?

It is like he doesn’t give up on the idea of emancipated Western women and is less close to the stereotype of womanliness. Typical in the 50 years past century (but yet present in third world country cultures), and searching through some kind of transsexualism.

Probably married straight men looking for prostitution market have not an open-minded mate. That probably could see latent (hidden) homosexuality on her mate asking these practices, I guess or rather being penetrated by a gay man, prefer getting penetrated by “somebody” that reminds him the woman most.

If we consider extending the matter to ladyboy’s partners, this would fall into the thorny debate about sexual orientation and its coherence with the body and mind of the so-called object of desire.

I’ve known ladyboys’ men partners, even not post-op (without sex change ), that I define heterosexual because attracted by persons mentally women, even ” more women ” than a biological one.

I’ve got to know an activist who loved for years a transsexual woman MTF (male to female) and now yet,  define himself straight without shame, and he does activism defending transgender rights.

These talks are however relative, because sexual orientation is ” fluid “, and there are different “tolerance” grades of reality shape and partner mind.

But if I would address a person who has a specific attraction for transgender women, I’d say in pansexuality we find a more appropriate definition.

I’ve previously compiled a list of nine practical reasons why men are attracted to transgender women and trans women (the latter are undergoing sex change therapy and surgeries, transsexuals). Indeed, there could be other reasons for a man to shift the interest from genetic women to transgender ladies. 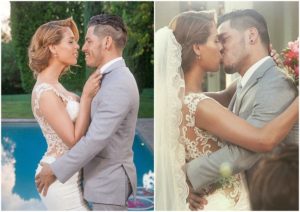 For example, one may have had a series of negative outcomes with genetic females like one or more divorces, being catfished, etc. And so they turn their hopes into trans women for a better partner to share their life with. Others may have doubts about their sexuality, and seek answers. Seeking a psychological connection. Trans women may relate better with other males than females, because, on a genetic level, they have the same male brain and are born biologically as males, and often raised as boys in the early stages of their life.

There is collective thinking towards men who are not new to dating ladyboys, which refers to transwomen as “the best of both worlds”, the combination of female and male. Because of these unique traits and features in transgender people, some men perceive transsexuals as the ultimate sex bomb.

To sum up, every case is subjective and different. There is no standard, social level, personal culture or religion that makes a man turn into a trans lover. What trans-oriented men have in common, is courage and an open mind to engage with trans women, due to the social stigmas affecting our society about the LGBT community.

Are you a man? What do you think about these observations? Are you a ladyboy? What can you tell about your experiences with men? Leave your comment!

Share This Now On Your Favourite Social Media
Posted in Sexual orientation and tagged dating tips.