If you have been in countries like Thailand or the Philippines, you are familiar with the term Ladyboy. You know that it is for referring to a transgender person (TG), transexual (TS), and even cross-dresser sometimes. That you have it realised or not, you have probably crossed time to time a ladyboy. 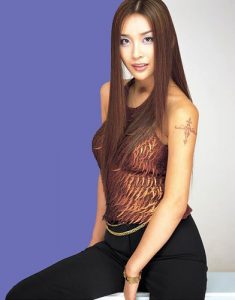 The Asian Ladyboys often looks as beautiful women that you may get fooled, (just like the cute girls on the pics) and not to confuse with the transvestites like drag queens. We are speaking of unquestionably feminine and sexy transsexuals male to female, that nobody could tell she is hiding a secret. It could be the girl serving your coffee at Starbuck, the sales lady in a shopping mall, dancer at cabarets, even a gorgeous actress or pop star.

Unlike other continents, chances to encounters ladyboys around Asia are more frequent due to its higher transgender population. For example, between 2012 to 2016, the estimated Ladyboy population in Thailand counts for 680.000 individuals, equal to 1 ladyboy every 100 Thai citizens. Then the chances to meet one of these beautiful creatures, the envy of many genetic women out there are very likely to happen.

How To Spot a Ladyboy

While some people may look for such a topic to avoid them or to make sure their new fiance is not a trans woman?! On the other hand, a man attracted to the exotic women of the third gender would be wondering instead how to don’t miss the target and hook up with a beautiful Asian Tgirl.

How good is your ability to recognise a trans?

While Asian citizens have developed an excellent ability for how to spot a ladyboy, is known that westerner foreigners are pretty bad at it.

Let’s put for example that you are visiting some famous cities like Pattaya, Manila, Bangkok, Singapore (locations with higher concentrations of ladyboys); you will happen to meet some girls hitting the following notions, which are likely to be ladyboys

Even though ladyboys develop a good taste for fashion and makeup, some tend to exaggerate. The overdosage of makeup products is commonly used to hide some male features, or facial flaws not yet corrected with surgeries. If you take her, a selfie with flash on you can notice some details.

Asian males happen to have hairless, petite bodies just like girls, and not all ladyboys have been gifted by nature with a perfect female body. Now, it is not simple to tell, because there are also girls that may have wide shoulders and narrow hips, though, this case it is more common to ladyboys (more about that ahead).

These are the two spots that are easier to notice. If she has feet and hands out of the ordinary size, compared to the average girl, and noticeable thick veins, that’s likely; she is a transexual MtF.

Note that bone structure is difficult to correct, but some flaws can be hidden and totally fixed with modern surgeries, and this leads us to next spots.

Nowadays more and more girls have breast implants and various look enhancements, but in the case of ladyboys, are frequently oversized and look unnatural. In particular, the breast, to fill the gap with broad shoulders, and then hips to balance all, followed by the butt size. Asian are usually very slim and petite, like little athletic dolls. Also, if she is the showing off type of girl, that’s another hint.

On the other hand, if she is all natural (no surgeries) a ladyboy may still look like a supermodel, with perfect, flawless legs and no excess or fat at all. Something that makes envy genetic girls, the common fat problem known as “the cellulite” (typical for American and European females, but also happens to Asian girls, even though less frequently).

A very common feature in genetic women is their long neck and Adam’s Apple absence. Some ladyboys have a natural long neck just like GG (genetic girls), but if these two conditions are present, now you know who she might be.

This can be tricky… The Thai and Filipino, and in general most Asian girls are not so tall; the average heights are about 1,60 cm (or less) if she kind of over it, that’s suspicious. Yet, bear in mind that also Asian Males are not so tall compared to White Caucasians for example.

Some lucky ladyboys have beautiful female voices, and it’s even possible to correct the dark tone with surgery when oestrogen hormones don’t help enough. And ladyboys practice a lot to feminise their voice. However, pay attention to the pitch, which may be no so natural. Try to make her laugh out loud, the male voice may show up (especially when they are a bit high).

Ladyboys tends to be more sociable, open minded easy going person compared to Asian Genetic Girls, somehow more reserved. You should start wondering when a girl overacts and overreacts for simple things and ordinary situations, that’s common of trans and gay people. And this leads us to the next!

Every girl shows off their femininity naturally, but ladyboys tend to exaggerate as if they were posing for a photo modelling service. For example, if you notice a girl sit at the bar that is always playing with her hairs, often checking her makeup, and when she walks it seems like a sexy catwalk, that’s typical of ladyboys.

Often ladyboys flap together with other trans or gay friends (could be even a trans man FtM, lesbian, etc.). For example, if you spot some gay effeminate or crossdresser, chances are those good looking girls among their friends are transsexuals.

And now w are heading to the last two which are the difficult ones to apply for some of us.

If you want to make 99,9% sure yourself, there aren’t fewer alternatives. I left these two for being tactless requests, and you can’t predict always the outcome.

You may try the followings

NOTE – In most Asian countries you can’t change your gender on documents ID cards yet, not even if you underwent the sex reassignment surgery (Full Sex Change/ Gender Confirmation Surgery).

#13 Are You Brave Enough? Better To Avoid Though

Okey, this is a no-brainer, but if you are brave enough… Check between the legs at your risk.

Remember that ladyboys are persons just like you, with feelings and pride, and not all may have the reactions that you are expecting.

It is NOT something that you dare to try during a romantic date dine, different scenario instead if you are hanging out in the red light districts. The girls working at Go Go Bars may understand. If that’s the case, they may even invite you to touch their body, then, the doors are open to any game.

Now you have acknowledged, for at least what I believe are the most important details for how to spot a ladyboy transgender, which you can apply for any trans woman around the world.

And if your target is to date a beautiful ladyboy, to make your research easier check out my recommended resources for Asian TS dating

Could you add more to my check list of 13 Ways For How To Spot a Ladyboy? Let me know in the comments below!

To conclude, an answer to a frequent question

How Happens That Asian Ladyboys Are So Feminine? 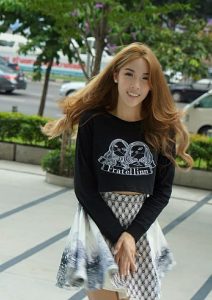 In the major part of the SE Asia, there are not severe laws or age restrictions to access the hormonal cure as on the west continents. Often the families will even support their transgender child.  Young transgenders begin taking female hormones around 13-14 (even younger). This help preventing the developing of male features, giving slowly female forms like little boobs, round hips, smooth skin and fresh look and more.

The cosmetic business in Thailand is booming, affordable and modern clinics attracting the so-called medical travels from every corner or the world, including VIP. Many beauty center are specialised for those operations that transgender most need.

If you consider that, with 3-4 years of HRT (Hormonal Male to Female Transition) the results are already impressive, at the age of 18-20, a ladyboy will look already very feminine, and with some cosmetic enhancements, so beautiful and passable as a woman to leave everybody open mouth.

That’s why Asian trans women happen to be the most passable of the world.

A crossdress is entirely a different story. Except some cases, crossdressers will be not taking hormones, the look might be feminine, but somewhat hybrid and easier to spot the male features. Usually wearing just makeup and female clothes part-time. Transvestites are often doing it for work, performing the Drag Queen Shows or Comedian cabaretes, you name it. Some may do it for personal pleasure, but in any case, not living 24/7 as a woman as transsexuals do.

Share This Now On Your Favourite Social Media
Posted in Ladyboy dating and tagged dating tips.