Are not these Asian girls on the pic above incredibly beautiful? But why incredibly? Because they are transgenders, ladyboys. I always dreamed how would be having a ladyboy girlfriend. One day I decided to travel to Asia and find out. And guess what? I’m now living in Manila with a stunning beauty Filipina ladyboy.

But why did I end up with a ladyboy from the Philippines?

Not to boast myself, but my current girlfriend is so feminine, sexy and beautiful that you hardly could tell she is not a biological female. Shining long flat black hairs falling down a so sexy petite body… Gentle curves, fresh smooth skin, and… That cute face literally makes me melt! But what has stolen my heart, it’s her loving attention and tender attitude. I was told it is a cultural thing among Filipina women, and so are the ladyboys here.

Having met such a beautiful, adorable girl makes me feel one of the luckiest men in the world. But it took me a while before to meet the trans woman of my dreams. If you think of following my path or you just wondering why I picked these two countries as a comparison, the reasons are pretty straightforward here below.

Differences between Thailand Ladyboys and Philippines

I can’t know what you heard of the Transgenders from Asia, but Filipino ladyboys have not much to envy to their famous sisters from Thailand. However, there are consistent differences between these two countries to highlight. On “Thailand Ladyboys Vs Philippines – The Differences Worth to Know”  I did try to synthesise the topic.

There is a substantial number of ladyboys and variety around South-east Asia. You can meet stunning ladyboys in Japan, Laos, Singapore, Vietnam, China and Malaysia, but I’d recommend focusing on Thailand and the Philippines.

Why? Simply because these last two countries offer the highest number of Ladyboys population in the world, making it easier to encounter beautiful ladyboys. 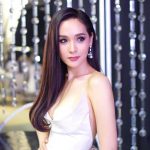 The so-called “Land of the Smile“, Thailand, is one of the most visited in South-East Asia. Tourists from every corner of the world choose Thailand for one more reason, is Dating Beautiful Thai Ladyboys!

It is a country where you can also find very welcoming and accommodating locals, and most important for all trans lovers, it has the highest transgender and ladyboy population in the world. Pattaya city In Thailand is also known as The Ladyboy’s World Capital.

Why are there so many transsexuals in Thailand?

Thai people are mostly Buddhist, and their beliefs are not against Transsexualism and LGBT persons in general. And the more tolerating Asian culture makes ladyboys in this country much more integrated into society. More details here Thai Ladyboys Origins

Like anywhere else on this planet, transgenders children here are supported by their families and friends, and so Ladyboys in Thailand are free to fully express themselves. They are not yet recognised by the law, but it is not a problem, they can live carefreely and aspire to a successful career in different fields. 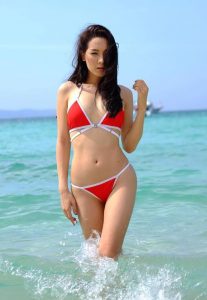 The ladyboys in Thailand (ex Siam) are incredibly beautiful and very passable as biological women. Maybe you happened to read stories on forums and blogs where tourists, or a friend of yours, hooked up a beautiful girl. And a bit later he finds the surprise! She had an unexpected special bonus!

Well… It happens every day in Thailand!

Unlike in other countries, here in the ex Siam, the ladyboys do not have restrictions for Hormonal Cures (Hormone Replacement Therapy). At the teenage many ladyboys already begun the process to become a woman, and beauty centres and clinics for surgeries in this country are just everywhere and cheap (the business is attracting also the so-called international“medical tourism”).

Once reached the age of 20 the results are impressive! No wonder why the ladyboys here look so feminine and beautiful. Combined with thin bodies of Asian genetic, Thai Ladyboys are the icon of Exotic Transsexual Beauty.

Originally, Thai ladyboys were called by the locals Kathoey (or Katoi), until it was replaced by “Ladyboy” during the Viet Nam war due to the American’s military bases located there. Even being partially colonised by American’s Thai ladyboys do not speak fluent English. You will have to be patient and speak slowly.

Just like in Thailand, In the Philippines, you can see ladyboys walking on the streets as much as in the countryside as in the major cities. There are not as many as in Thai, but still, you can see ladyboys in the bars,  while shopping in the malls or hanging out with their friends in the streets. Even though these two countries are separated by just a few hours of flight, there are substantial differences.

The first thing is that the majority of Filipinos are educated with the values of the Roman Catholic Church. The average Filipino culture is pretty conservative and bound to their religious beliefs. As a paradox, although the Church does not accept the LGBT people, this hasn’t prevented the coming out of ladyboys in the Philippines. Truth be told, there are a lot of ladyboys who regularly go to church!

What you can experience here while dating ladyboys is that everything is much sober and quiet compared to Thailand. From the nightlife to the ordinary things. 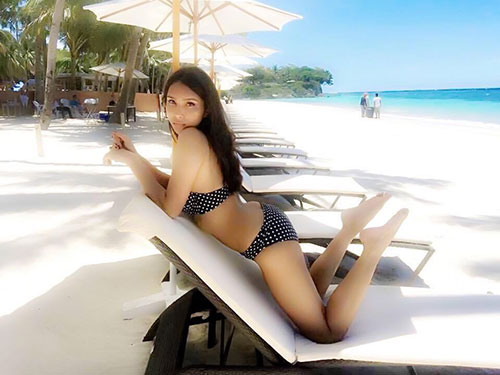 The ladyboys are also mainstream, endorsing beauty and fitness centres, appearing in TV shows and comedies, and there are also prestigious transgender beauty contest every year.

The ladyboys in the Philippines are more accustomed to western culture and mentality. Unlike the Thai, Filipino can speak very good English, because here it is the second national language after the Tagalog. You can easily relate to anyone, and you’ll happen dating ladyboys speaking English with a marked American accent.

One more important detail, As in Viet Nam, here it is in use the Western Roman Alphabet (where the rest of Asian countries use complicated Ideograms, Kanji whatsoever). Even being in Asia, while hanging out in the hot places of Makati City and Fort Bonifacio you can experience a familiar feeling to your western country.

The unique Beauty of the Trans Pinay

The variety of female beauty in the Philippines is unique. The ladyboys are naturally petite and very passable as women,  but they can have a very different look. Skin complexions, from a candid smooth white skin to dark-red to yellow tanned. Brown natural curly to flat black Asian hairstyles, curvy to skinny body frame and height. Due to the colonization in the past centuries by Spaniards and later Unite States, there are plenty of Filipinos mixed blood. For these reasons, the beauty of Trans Pinay may look less Asian compared to their sisters from Thailand.

Highlighting shortly the differences between Thai Ladyboys and Philippines transgender should have given you a glimpse to better decide.

If you share my dream, travel to Asia and date ladyboys, you can begin while you are still in your country. Unleashing the power of the internet further! Get your Smartphone or Laptop right now and sign up on a ladyboy dating site like MyLadyboyDate (or check out my TOP list for transgender dating chat sites).

You can browse hundreds of Ladyboys profiles to any country or site in the world, and start chatting right away with the Tgirls there.

I have begun just like this, and If it worked great for me, why it should not for you?

Share This Now On Your Favourite Social Media
Posted in Asia Destinations.